after reading these, i wouldn’t recommend foreigners to ride a motorcycle in bali.

Bali motorcycle crash is a lesson for all - Motorbike Writer

A British rider who crashed while riding without a helmet in Bali now faces medical bills estimated to be almost $A100,000. 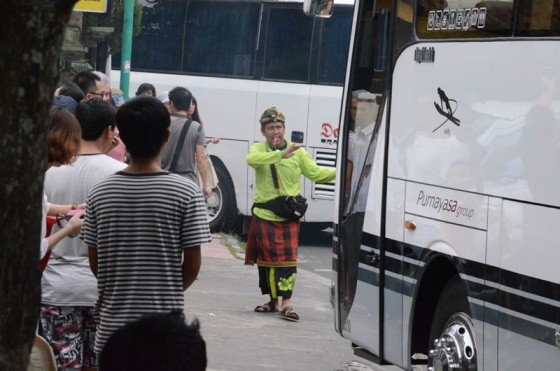 Riding a motorbike in Bali is commonplace for many foreigners, even for those who never drive motorcycles in their own countries. Most of them rent motorbikes in tourist areas like Kuta, Seminyak and Ubud.

Yeah, I’ve also heard that a lot of Australian’s have accidents there. Partying and motorbikes don’t seem to be a good mix…

One thing most people forget is that travel insurance usually won’t cover you if you are either driving drunk, or driving in a way that breaks the road rules of the country the insurance is sold from (not just those the country you’re visiting). So claims can get denied for things like not wearing a helmet or not have a current motorbike licence.

An accident isn’t a good way to end a trip abroad, but obviously it’s much worse to then have to come up with $10,000’s to cover medical/repatriation expenses.

@surya Yes, there are many traffic accidents on Bali, and the descriptive statistics is most likely on the low side because many local accidents are never reported. During my 4 years on Bali, I’ve myself witnessed one serious motorcycle accident in my banjar/neigbourhood (an Indonesian man riding alone in the evening, without helmet, it was dark and he hit a dog; the dog died instantly and the man was unconscious; I’m not sure whether he survived). In addition did two Balinese children in my banjar/neighbourhood, around 12 years old, die in a motorcycle accident when driving in the dark (without helmets). My guess is that none of these cases were ever reported to the police (people in the area don’t trust the police and don’t want them involved). This is just in my own small banjar.

It’s very common among the Balinese to not use helmet. If a helmet is used, it’s often used by the driver alone or by both adults on the bike, extremely rarely on the children. This is very different from e.g. Surabaya or Jakarta where everyone seems to wear a helmet.

During my 4 years on Bali I have also through Facebook heard of at least 3 foreigners in the southern parts of the island that have lost their lives after motorcycle accidents.

IGDORE Bali has several times arranged motorbike rentals on behalf of researchers visiting the campus. Whenever I have been involved in transferring the contact, I have always sent an email first in which I include links to information about driving on Bali. I usually also add something based on my own experience that I always repeat many times to every foreign visitor I’ve had during my years on Bali: What is difficult is not to get over the fear of driving on Bali; the real challenge is to retain a rational amount of fear. Because driving motorcycle on Bali is dangerous, not only for foreigners but also for Indonesians/Balinese. Another advice I usually tell my visitors is to not drive motorcycle when they’re going further out from the Ubud area, such as to the beach, because it’s much safer with a car if going longer distances.

I think not using a helmet when driving is reckless, regardless of whether you’re Indonesian or a foreigner. During the latter half of 2019 the local police in Ubud seemed to become more harsh on foreigners driving without helmet. The police were often in an intersection I frequently passed and stopped every single foreigner without helmet (while letting the Balinese without helmet pass), and asked them to pay a lot before they could continue driving.

@Gavin, your note on insurances is correct of course. One should also note that a travel insurance will only cover you as a driver if you have the proper driving license for motorcycle. Most foreigners only have that if they already have such a license from another country. Getting a local driver’s license for motorcycle is only possible if you have kitas/kitap (a long-term visa that is typically connected to a work permit or retirement). Many immigrants/expats don’t have that and can therefore never drive completely legally on Bali, which means that their insurances actually don’t cover accidents where they themselves have been driving. Short-term foreign visitors can get a short-term driver’s license for motorcycle (you visit the relevant office and pay a high amount of money and you’ll have a proper driving license for about 4 weeks). This solves the insurance issue, but still says nothing about people’s driving skills.

I myself drove car legally on Bali with my international driver’s license, but my driving of motorcycle was never legal. But I really want to stress that such a Balinese driver’s license for motorcycle has pretty much zero correlation with driving skills. You go there and you pay and you get the license. (Unless you do like one blogging immigrant who went to the relevant office and said, in proper Indonesian, that he wanted to buy a driver’s license. Then you may end up having to do a pretty impossible driving test. Before you can pay and get the license.)

The main rules about motorcycle driving I got when I started driving :

Good rules… If only they can be made mandatory in bali, especially for visitors…

Motorcycle in Indonesia is not the same as motorcycle in Europe though. Some foreigners may use the word ‘scooter’ for the motorcycles on Bali, because they pretty much look the same as the European scooters. But they are not the same. The Balinese ‘scooters’ are heavier and got much more powerful motors and you easily drive 60 km / hour or more with them when traffic and roads allow. I would also say that “unpractical” would be an understatement describing how it would be to use full protection when driving motorcycle/‘scooter’ around the villages on Bali. The motorcycle is used on a daily basis for whole families. You go to the grocery store with the motorcycle, to the cinema, to pick up your kid in school, to run errands, etc. Taking on and off full protection for each family member 10 times a day would be completely exhausting. Many roads are impossible to at all travel with car and traffic jams can make a 10 min motorcycle drive take 2 hours with a car.

But there are other reasons as well. Trying to employ e.g. European safety standards when you reside in a developing country can create a rather huge distance between yourself and your neighbours. This is of course the same for immigrants coming to Europe: trying to do things the same way you did in your country of origin will make it more socially difficult for you to become friends with locals. For example, several Muslim families I know here in Sweden allow their kids to eat anything they’re offered (i.e. including pork) although they don’t do it at home. This is to many people a very significant sacrifice to do, and they do it for social reasons only. Taking the increased risks associated with not using full protection (i.e. helmet only) can be a similar sacrifice to some. For me, this is definitely a reason. (I do acknowledge though that this may not be a reason at all for many/most foreigners doing short-time visits on Bali.)

If only they can be made mandatory in bali, especially for visitors…

It may make sense to have different rules for short-time visitors (e.g. up to 6 months), but for residents there should not be any differences just because of someone’s skin colour or country of origin.

Admin here: I realised we have a better category for the Bali threads, “Travellers & Migrants” under “Academia”. Moved this thread there.