Preregistration is redundant, at best

New preprint arguing against the usefulness of preregistration. Authored by open and replicable science proponents.

This is a good debate to have. The authors make a number of important concerns about theory and how preregistration doesn't solve them. That said, I think the central argument is flawed. 1/n twitter.com/DenOlmo/status…

This new preprint of 3 pages called "Preregistration is redundant, at best" is bound to garner some interesting discussion. #openscience #preregistration https://t.co/c8Un8Xw6z7 https://t.co/Iyi165f7yu https://t.co/1n1yi37nqI
1 Like
rebecca (Rebecca Willén 🦕) November 3, 2019, 12:33am #3

Chris Chambers and others brought up the fact that clinical trials have been mandatory preregistered since 2005 and argue that it sure ain’t redundant in those cases. 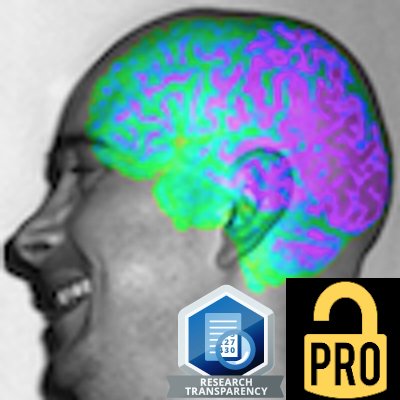 @BrianNosek @djnavarro Ha! Nice bit of Halloween trolling, resurrecting arguments that died a long time ago. I look fwd to the sequel arguing that clinical trial registration is redundant at best & potentially harmful for all the same reasons. Reminds me of this old debate twitter.com/chrisdc77/stat…

Prof. Chris Chambers was highly criticised for his tweet (see above) and for his refusal to apologise to the authors of the papers for what he tweeted. It was (implicitly) argued that Chris would never have called it “trolling” etc had the paper been written by men or by a senior researcher.

In addition was Prof. Brian Nosek once again highlighted as an example of #bropenscience for tweeting this implicit criticism of the preregistration paper:

My priority order is: 1. replication 2. power 3. preregistration 4. measurement 5. theory Progress can be made on all simultaneously, but the order is my weighting for achieving a robust, efficient science as quickly as possible-bc later ones depend some on earlier ones.

I think it’s a very unfortunate development that controversial scientific proposals cannot be harshly criticized without the critic being accused of #bropenscience etc in case the criticised researcher in any way could be considered having lower status than the critic.

Hi @rebecca, could you please link to a tweet that labels Brian Nosek as an example of #bropenscience? I cannot find that…

These are the ones I mainly thought of: 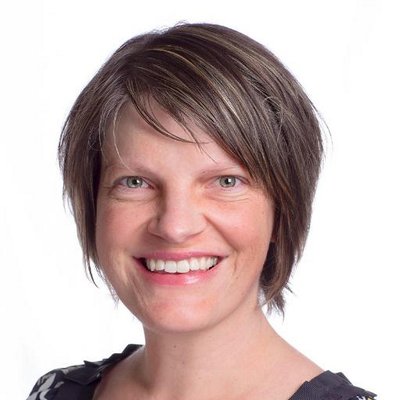 White guy after white guy.... mocking and dismissive of ideas that question their world view. And we wonder why open science has a diversity problem #bropenscience twitter.com/BrianNosek/sta…

New preprint: "Preregistration is redundant, at best". A brief piece by @djnavarro and colleagues critiquing the value and limits of preregistration. https://t.co/wvhScLNy55

The way I interpret these tweets is a bit different than you, then: I don’t think Nosek is singled out here as a “bro”.

The first tweet (by Prof. Richmond) refers to the thread in which you can find some dismissive criticism on the preprint, but Nosek did not provide his point of view there (he did it here).

The second tweet (by Prof. Navarro) tags Nosek as well as other leaders of the open science movement (interestingly, not only white men) and asks whether unsubstantiated, dismissive comments are acceptable in this movement.

My point here is that the situation is much more nuanced than simply “controversial scientific proposals cannot be harshly criticized without the critic being accused of #bropenscience”, as you wrote. The way I see it, it’s about how scientific criticism is conveyed… and it’s written nowhere that it needs to be harsh (as in, impolite and/or attacking the person instead of the content). It is a choice.

I personally choose to think carefully about how I say something, not only what I say. I have noticed that such a communication strategy makes me more effective (i.e., people listen) and, dare I say, more relaxed. This is not a war, we are largely agreeing on many topics, and it would be a pity to be dismissive with each other. I hope I made my point clear, and I am curious to hear your opinion.

First, thank you @antonio.schettino for disagreeing with me! Discussions get so very boring and stagnant when people only agree.

I’m a big fan of irony, sarcasm, and occasional bad words when used in a particular way. James Heathers and Chris Chambers are two people I often find it very amusing to read. I was surprised and laughed by Chris’ wording, “trolling”, in the original tweet. It made me actually read the Navarro et al paper, which I might not had done otherwise. We had a somewhat similar discussion after the coverage of SIPS 2018 in Vox(?), where James Heathers(?) had said that he wanted to burn things to the ground, which became the title of the article. I loved that coverage, and I remember Chris agreeing when I defended it on Twitter.

We all have different styles in how we say things, and I find that wonderful. Sarcasm and irony can indeed be very difficult to master: occasionally will we be misunderstood. But I don’t think that should mean that we stop using it.

I also love irony and sarcasm, I use them as much as I can… sometimes the results are funny, sometimes they are not

I am now learning when to use different communication strategies with different audiences: this increases my repertoire while simultaneously allowing my message to penetrate different barriers (e.g., cultural, personal, …).

I also want to point out that the responsibility does not exclusively rest on the sender: the receiver can also be particularly sensitive to a specific (kind of) message. Expecting a sensitive topic to magically go away and never be treated in their presence is obviously unrealistic, but there is often a way to frame it so that it welcomes a discussion and not a fight. That’s the kind of challenge I like, at least in this period of my life… three years ago I would have had a much different opinion

James Heathers(?) had said that he wanted to burn things to the ground,

It was actually Sophia Crüwell who made that comment at the opening ceremony of the conference. James apparently led the chanting of “Bullshit” in a bar later on, when looking at some data or paper.

An article arguing for the effectiveness of preregistration

Preregistration Is Hard, And Worthwhile

Preregistration clarifies the distinction between planned and unplanned research by reducing unnoticed flexibility. This improves credibility of findi…

And a letter to TICS arguing against that.

https://www.sciencedirect.com/science/article/abs/pii/S1364661319302852?dgcid=rss_sd_all (this one is not openly available yet, you should get it from other sources…)

I was however suprised by this sentence in the second manuscript: Preregistration is not diagnostic of, nordoes it necessitate, good science. When preregistration is hard, it is hard because it is based on good theory, and good theorising is hard.

Why should a good theory lead to harder pre-registration of statistical methods used to test it?