IGDORE is closing down in Indonesia

@rebecca: sad to hear igdore indonesia is closing down… anything we can do to prevent that, or is it already too late? 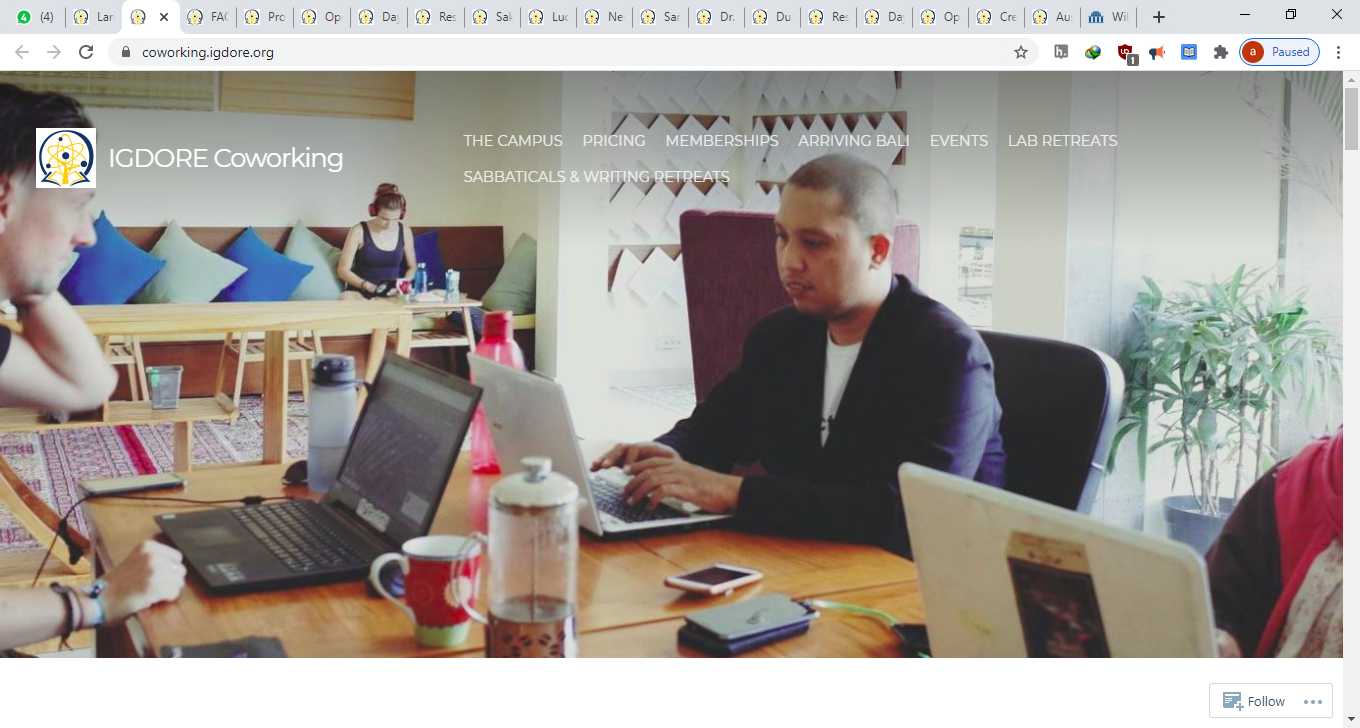 @surya - don’t worry, coworking.igdore.org can live on in the Wayback machine (it should also captured the outlinks)

Affordable coworking for everyone

We haven’t been able to get the operational license. Out notaris made a mistake when starting up the foundation (yayasan): she categorised us as a social yayasan, because she thought that scientific research goes under ‘social’, but we should apparently have been categorised as an educational yayasan. This mistake has ultimately made it impossible for us to get the final license to operate.

In addition, recent changes by the Indonesian government means that we will never be able to independently collect data in Indonesia. This means that it’s no longer meaningful for us to have a campus there.

Thirdly, we could potentially have tried to continue focusing on being a coworking space and conference venue for academics. If doing that, we would have had to start a new company or try to get the operational license from the social office in Gianyar. The first option would mean that we lose all the money we have already invested in the foundation (we would not be allowed to reallocate the money invested) plus we would have to invest an additional huge amount of money as required for foreigners by Indonesian law. This could potentially have been manageable if only we could see that the venue would actually be used by academics. But we have existed on Bali since 2017 and the few researchers we’ve had spending time at the campus have most of them done so for free, without interest in paying for their stay. Affiliated researchers can and should stay for free, but we also have a number of other people who have found ways to stay for free for example by getting temporarily affiliated with IGDORE. This means that we have had lots of expenses but basically zero income. If I had done this all over from the start, with fresh energy, newly invested funds, and a focus from start on being a conference venue and coworking space for academics - rather than a campus - then it might had been possible to survive financially by putting lots of effort from the beginning on lab retreats and marketing toward universities and labs in Australia. But on the other hand, a conference venue and coworking space was never what I personally wanted to create; I wanted to create a social science laboratory and a meeting place for open science researchers, whistleblowers, and graduate students who feel bullied into bad science. Indonesian bureaucracy stopped that from happening. That’s indeed sad. But closing down in Indonesia has given me renewed energy and I’m now focused on setting things up here in Sweden instead. We also have Ljerka Ostojić (@Ljerka_Ostojic @ljerka.ostojic) who might be organising things in Croatia. So IGDORE overall is thriving (we’re growing rapidly and have a great team of people in the Global Board and volunteers) and we can all look forward to a bunch of exciting things happening at IGDORE (in Europe) in the future!

“I wanted to create a social science laboratory and a meeting place for open science researchers, whistleblowers, and graduate students who feel bullied into bad science.”

That is exactly what is missing from indonesia, and indeed the world… Kudos for keeping up the fight… As they say,

“When the going gets tough, the tough gets going!”

See you when you get there…